Report from the Austin Screening

Okay, we're not talking about the Austin of South by Southwest fame. We're talking Austin, Minnesota--birthplace of three legends: John Madden, my wife, and Spam.

Wednesday, May 9, was a special screening set up by "superfan" Kathy Green, a woman who simply loved the movie so much that she decided to set up her own event to share the film and benefit the wonderful organization Beyond the Yellow Ribbon. Sam Fischer, John Cromwell ("Lt. Bud Vogel"), Sean Dooley ("Sgt. O'Hara"), Craig Christensen and I were honored to be there to watch the film with 200 other southern MN folks, many of them in uniform.

Each screening crowd has reacted somewhat differently to the film, and what was surprising about the Austin audience was how much they seemed to get the movie's subtle attempts at humor (most appreciated by the screenwriter). As we signed posters after the show, I was asked by a grateful vet where I got the idea to give SSgt. Kyle Vogel an issue with migraines, as he was plagued by the same issue after Vietnam. Although it was a somewhat random decision in the service of giving a hero an Achilles heel, the truth is that migraines are a significant issue and marker for other health problems among returning vets from Iraq and Afghanistan.

The most memorable moment for me was getting the privilege of meeting a rare, real-life Rosie the Riveter--a woman who worked as a machinist in World War II. It once again hit me that these amazing people are out there, unnoticed ... at the supermarket, the gas station. People who in one way or another served in what WWII historian John Keegan aptly called "the largest event in human history." For the most part, my GenX tribe knows nothing of the sort. And although I hope we never do, we should honor and appreciate the people who endured that experience before they disappear from view.

Say what you will about small American towns; one thing I feel each and every time we visit one is that the thread of history is a bit longer, connections to the past stronger. Thank you, Kathy. And thank you, Austin. 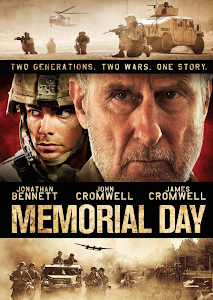